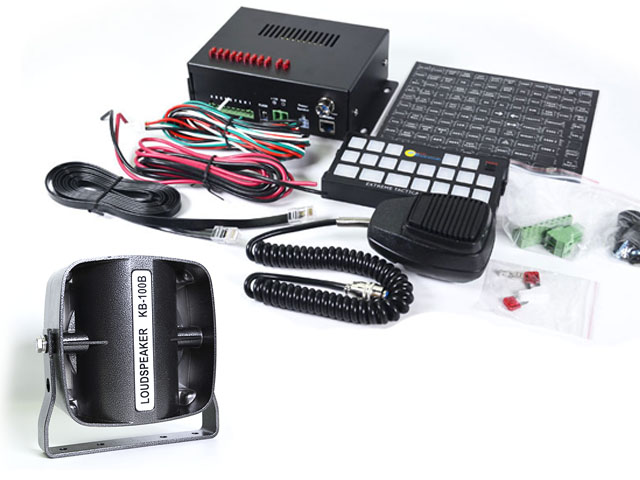 Love them or hate them, emergency sirens are crucial when it comes to alerting drivers and pedestrians that an emergency vehicle is in the vicinity.  Experienced drivers make numerous judgements simultaneously when they hear a siren. Knowing full well that the decision to pull to the right side of the road and stop could be imminent to make way for whatever first responder unit is approaching. The second a siren is heard, no matter how distant, the average driver is conditioned to start looking for the flashing lights. Today, however, because of so much ambient noise, improved soundproofing of vehicles, and in-car entertainment devices, sirens are not as well heard as they once were.

Numerous studies have been conducted, testing how audible sirens are under specific conditions. Manufacturers have evolved siren technology to keep pace with and overcome these modern obstacles with the paramount goal of making the best most efficient ‘noisemakers’ available on the market. Moving first responders to an accident zone as quickly and safely as possible is one of the highest priorities of every police, fire, and EMS agency; by choosing the right siren, a department is well on its way.

A siren is the first form of warning in an urban area where it is often difficult for motorists and pedestrians to notice emergency lights, since there are so many flashing and pulsating lights at ground level, especially at night.  Sirens are the #1 warning devices in town, while flashing lights hold that position for open roads and highways.  Even during daylight hours, when driving on the highway, flashing lights will be noticed in the rear view mirror before a siren is heard. Automobile design, coupled with surround sound music systems, some with massive subwoofers, and air-conditioning have created a ‘sound insular cocoon’ for occupants which completely masks the noise of an approaching siren. This has become a major problem with siren detection during the past couple of decades.

Studies by the U. S. Dept. of Transportation have shown that because of the above factors in urban areas, sirens are often not heard until they are within 26 to 40 feet of the hearer; the tests show this rate is almost the same in suburban or country settings. Because of these test results, first responders moving through intersections should, according to Chief Robert Avsec, travel at no more than 10 mph, a very low speed for a crew hurrying to an emergency.

Because most accidents between emergency crews and motorists occur at intersections or at entrances to driveways, SOGs, Standard Operating Guidelines are created by all emergency agencies clarifying procedures when approaching an intersection and when on the way to an accident zone.  Two of the most important recommendations are to slow down at crossings and always be prepared to STOP because motorists may not be paying attention.

In 2012,  68% of these types of accidents happened when both flashing lights and cop sirens were ON proving that motorists, and even emergency vehicle drivers, simply weren’t ‘on.’ For this reason, department regulations mandate that both sirens and flashing lights be used together when vehicles are speeding to a Code 3  emergency situation. It has been shown that reaction time to visual warning lights improved when a siren was present, but that sometimes drivers are simply too oblivious to notice an approaching emergency vehicle.

What are the names of Siren Sounds?

Quite obviously, sirens are used to get the attention of people. so whatever siren sound does that most effectively in any given situation, is the right one to use. Accordinging to a police officer responding to a discussion thread on Reddit’s Explain Like I’m 5 it’s often necessary to switch my police siren sounds, according to differing traffic conditions.  When moving along at speed, he states that he usually switches on “WAIL”, but when he hits some traffic and wants to get through quickly, he hits “PIERCER”.  Sirens have different settings PLUS an air horn to create a variety of audible, ear-piercing choices. 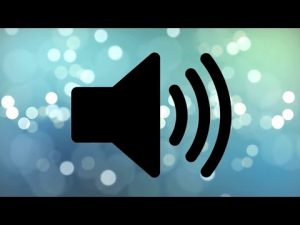 Officers select the siren sound they think will do the job;  it’s arbitrary.

So, what are the names of common siren sounds we’ve all heard?

Air-Horn:  Usually a separate button on a control panel that is pressed in short blasts, medium, or for even longer duration. It has a deep low sound like an 18-wheeler and demands respect.

Priority: A high-pitched, rapid firing sound that is often engaged in intersections to move traffic.

Yelp: A series of short, high-pitched ‘yelps’ that conveys a sense of urgency, mandating a quick response by motorists to move out of the way. One drawback is that the yelps bounce off of buildings lining city streets often making it difficult to locate the actual police vehicle.

Manual:  Much like the WAIL, but with arbitrary emphasis on the duration of the highs and lows

When a first responder becomes very familiar with a control panel, which has controls for flashing lights as well as siren sounds, a phenomenal light show accompanied by ear-piercing cacophony can be produced that is guaranteed to not only catch the attention of those around, but to make them move out of the way as quickly as possible.  When sirens ARE heard, they work! To find out more about the police car siren, fire truck siren, or ambulance siren follow the links below!