The Case for Amber Warning Lights – More is not always best

PART 2: What Emergency Warning Lights Should Do: Amber wins hands down! 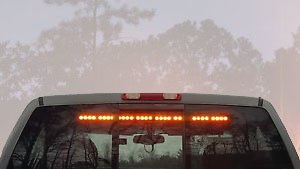 Up until recently, the consensus has been to load a First Responder vehicle with as many lights as possible and run them on Chaser Flash Fast not only on the way to an accident zone, but to keep them flashing rapid-fire when the vehicle is stationary at the destination.  But times have changed. Many studies conducted by various DOTs, police agencies, and private industry are showing that sensory overload created by too many bright, multicolored, flashing lights blind drivers as they move through the designated area, a scenario which has often ended in tragedy.

If a motorist cannot see because of sensory overload, passing through the area becomes a hit or miss operation, resulting in increased chances of first responders being ‘HIT.’  No one is disputing the necessity of FULL-ON blazing lights as vehicles rush to emergency areas; rapid firing, high-intensity emergency lights coupled with loud sirens which are crucial in order to move vehicles and pedestrians out of harm’s way. First Responders MUST use every device and means at their disposal to clear the path before them safely and quickly,  but once vehicles have reached the emergency area, it has been found by numerous studies, that keeping the lights on in the full Code Blue Mode at night IS a major hindrance to operations not a help, for they blind motorists who enter the accident zone.

Lack of consistency among various agencies might confuse motorists because of the diverse devices and colored lights which are encountered from multiple sources such as those of state and local police vehicles, emergency responder units, flashing and rotating colors on light bars, traffic advisors, and portable changeable message signs (PCMSs).  All of these factors not only limit the cognitive processes, but also raise the anxiety level of highway users because drivers are continually processing ALL the information they are receiving and trying to make sense of it, so they will know what they are required to do upon approaching a designated area.

Standard police vehicles do not have to adhere to national standards for design or performance as do fire apparatus.  It is for this reason that there are so many different colors and flashing mechanisms on police vehicles.  It is no wonder that motorists can be easily confused not knowing what to do when approaching one vehicle with flashing lights, let alone several.

Emergency vehicle lights are designed to elicit a response from the motorists, but often professionals are not communicating that message very well with the lights they deploy.  Many departments have thus conducted various studies with the sole aim of determining which emergency lights are the most effective under what specific conditions.

It is not the purpose of the FEMA report, nor this article, to validate or evaluate the findings of any study, but only to report the results of them. There will be, in some cases, contradictions and discrepancies because of the different circumstances, variables, and goals of each study.  In 2014, FEMA gathered the leading research in this field of Emergency Vehicle Safety, but for the scope of this report only the studies focused on colored flashing lights are included.

FEMA has reviewed reports as far back as 1994, when reporting the findings of this research.   After a firefighter was killed when a driver blinded by excessive flashing lights ran into him as he assisted an accident victim, the internal lighting study concluded that a reduced level of all amber lights was best to use at accident scenes, for they were less likely to blind passersby.

As a result, all Phoenix apparatus were designed to be able to turn off clear/red/blue lights when stationary.  Only amber flashing lights on all 4 sides of a fire engine were the allowed functioning lights when the vehicle was stationary.

The Loughborough University Study conducted in 1999 in the U.K. was also included in the FEMA Emergency Light pamphlet because it was one of the first to evaluate the effects of flashing emergency lights on motorists.  This was one of the first to show that the faster the lights flashed on a first responder vehicle, the greater the sense of urgency was felt by those who witnessed the lights.  Simultaneously flashing lights were more successful in catching the attention of motorists than those that alternated from side to side.  But, while the evidence was striking that flashing lights grabbed and kept the attention of oncoming drivers,  those behind the wheel complained that they were blinded by the high intensity flashing and kept looking at them instead of at the road before them.

In June of 2002, Ford motor company and the Office of the Arizona Attorney General devised a study to determine why 4 Ford Crown Victoria patrol cars burst into flames when hit from behind killing three officers and seriously injuring a fourth.  In addition, the panel wanted to find out how dangerous it was for an officer to be in or near a stationary police vehicle on the side of the road.

Early in the study it became apparent that the degree of flashing lights on a moving emergency vehicle should be different from on a stationary one.   Regarding the light output, if there was too little light, motorists did not have ample warning because they didn’t see the lights well enough in advance, yet at high output, drivers were blinded by the intense glare as they approached.

The Ford/Arizona Study promoted the use of blue lights at night and red during the day for the highest conspicuity.  Again, the study showed that the higher the flash rate, the more noticed the lights were, but as in the other reports, the same negative responses were given: glare, distraction, and annoyance because of the sensory overload as drivers drew nearer and nearer the source. 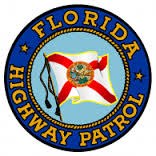 Florida Highway Patrol (FHP) conducted their own study on the effectiveness of police vehicle lighting in 2003 and 2004.  Three light bar manufacturers participated and assisted the officers in determining which colors and patterns helped motorists ‘see’ whether a police vehicle was moving or stopped.

RED won for daytime use because it had more light output than blue and was more easily seen in bright surroundings.  BLUE, especially Blue LEDs, produced more intense, visible color at night, being much more conspicuous in a dark environment.  RED lights were ‘seen’ to be moving away, while BLUE was ‘seen’ as closer or coming towards the driver.  The consensus was that BLUE lights reduced blindness of the driver.

As in other reports and studies referred to in the FEMA article, the worst flash patterns to employ was the alternating side to side if a vehicle was stationary.  The best flash pattern was the random flashing of all patterns for moving vehicles whether it was day or night.   When stopped the report recommended the use of 90 flashes/minute in any chosen color according to the surroundings, a subjective choice for the officer.

The FEMA report made available the findings of some of the most important reports on the subject of emergency flashing light, the intended effects and the unintended ones.  It made available the positive and the negative aspects of high intensity flashing lights and the effect they had on motorists.  Police departments around the USA, still have traditional preferences regarding the use and display of lights.  What is becoming apparent, though, is that displaying all that is available in the light arsenal while a vehicle is stationary leads to debilitating side effects for the driver.  Caution is advised when deploying flashing colorful light because MORE is NOT BETTER.

PART 2: What Emergency Warning Lights Should Do: Amber wins hands down!