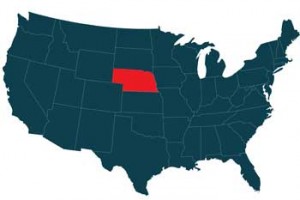 Nebraska State Legislature state statute 61-6.231 states that police officers may display flashing and/or a rotation of red, white, or blue lights when operating in the state at any time. This applies to both marked and unmarked vehicles maintained by the police department.

Officers may also use their lights without sirens or audible warning when responding to an active call or incident. The pattern or choice of police lights used is at the discretion of the officer. This is a statewide law upheld by local, city, and state level precincts. Police have authorization to use their lights when leading a funeral procession too as stated in state statute 61-6.231.

Peace officers must obtain a permit in order to legally display and use lights (Nebraska state statue 60-6,233). Permits expire on December 31st of each year and must be renewed. The officer’s chief or supervisor generally performs the paperwork required to keep officers in their precinct legal.

When allowable by permit, officers en route to an active scene or call in their private vehicle can use a rotating or flashing red light or a combination with a blue light (Nebraska state statue 60-6,233).

In emergency situations, Nebraska doesn't differentiate between police municipalities and that includes peace officers. All vehicles are considered emergency vehicles.

The state allows fire trucks to use red or a combination of red and white flashing lights when responding to situations or active calls as outlined in state statute 61-6.231. Whether sirens must be used is not stated. However, they are not authorized to use lights when returning from a call (state statute 60-6,114.2), but firefighters are also exempt from most traffic laws while responding to an active call, such as speed limits, traffic lights, and stop signs.

Fire department employed first responders driving a public vehicle have authorization to use rotating or flashing red lights only when responding to calls (state statute 61-6.231).

Firefighters en route to an active scene or call in their own vehicle can use a rotating or flashing red light or a combination with a blue light if permitted by their department(Nebraska state statue 60-6,233).

In Nebraska, operators of volunteer fire trucks and first responder vehicles obtain a permit in order to legally display and use their lights (Nebraska state statue 60-6,232). Permits expire on December 31st of each year and must be renewed.

If permitted by their department, volunteer firefighters en route to an active scene in their own vehicle can use a rotating or flashing red light or a combination with a blue light (Nebraska state statue 60-6,232).

In emergency situations, Nebraska doesn't differentiate between volunteer and paid firefighters or first responders with their emergency vehicle status.

Whether a standalone private company or part of a fire department, EMS vehicles can use red, red and white, or red, white, and blue lights when actively pursuing a call, when departing an active call, or when medically necessary during the transportation of patients (state statute 60-610). The state leaves the use of lights and patterns to the discretion of the ambulance operator. No ordinance is given on whether sirens must also be used.

Like police and firefighters, ambulances may disregard traffic laws as long as no harm will come to others in emergency situations (state statute 60-6,114.2).

In Nebraska, private tow truck operators and wrecker services obtain a permit to legally display and use emergency lights Nebraska state statue 60-6,233. Permits expire yearly on December 31st and operators must renew them to stay legal.

Blue and amber lights may be used on construction vehicles when operated by the Department of Transportation or a local authority (Nebraska state statue 60-6,232). Local authorities are departments for the inspection, repair and maintenance of roads, and construction of new roads. Vehicles owned and operated by public utilities to construct, maintain, or repair infrastructures on or near highways are also covered by the law.

Public utility vehicles on active calls or responding to an active call may use amber lights as defined in Nebraska state statue 60-6,232. This includes while actively idle, such as parking on the side of a road, and during an active work detail. The law applies to both public and private utility vehicles.

Railroad vehicles have the state’s authorization to use amber strobe lights when loading or unloading passengers (state statue 60-6,232).

Snow removal vehicles have the state’s approval to display amber and/or blue rotating or flashing lights when acting under a local authority or the Department of Roads (state statue 60-6,232).

Rural mail carriers who operate outside of city limits must have an amber rotating or flashing light (state statue 60-6,232). 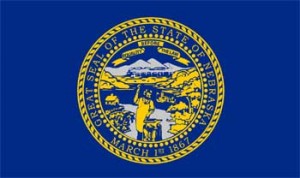 Vehicles used to escort over sized loads must use a flashing amber light (Nebraska state statue 60-6,232). Oversize loads include, but are not limited to houses, bulky items, unrestrained livestock, and other buildings/structures as defined by state statute 60-6, 288.

Security vehicles aren’t permitted to use flashing lights of any color on public roadways (state statues 60-6,230 and 60-6, 229). No noted color restrictions exist in the state laws for private property in Nebraska. Violation of this law will result in a Class III misdemeanor, according to state statute 60-6,234

Any military vehicle on a sanctioned state emergency mission can use flashing amber lights (Nebraska state statue 60-6,232). This is commonly seen during convoys.

The Nebraska Adjutant General maintains his or her right to use any publicly owned military vehicles from the National Guard; these vehicles can be used for approved state emergency reasons or missions, but they are only authorized to have and use amber lights, regardless of vehicle type or upgraded status to emergency response vehicle.

Any vehicle operated by a member of the Civil Air Patrol may use flashing amber lights (state statue 60-6,232) at any time.

School vehicles can use a single, flashing white light during poor weather to improve their visibility to other motorists (state statue 60-6,232).

For more information about what lights may be available to you, we suggest calling your State Highway Patrol office at: 402-471-4545

*Please note that these numbers are what we are currently able to find and the numbers may have changed since this listing.

Disclaimer: The emergency vehicle light state statute guide was created by Extreme Tactical Dynamics as a guide and reference. We make no claim to the accuracy or validity of this guide. This guide was written to the best of our knowledge and has been provided to our customers as a courtesy ONLY! The information in this guide is our interpretation of the law as we have read it. We cannot be held responsible for any errors as this is only our interpretation of the law and the laws are constantly changing. We cannot be held liable or responsible for any errors and recommend that our customers refer to their local authorities to confirm the particular statue that governs their use of emergency vehicle lights.