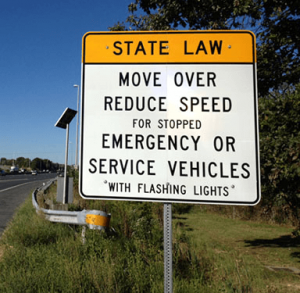 All 50 states have enacted move over laws, which are laws that mandate that other drivers move over and slow down when emergency and police vehicles are approaching. These laws also require drivers who are passing emergency or police vehicles that have stopped on the sides of the road to change lanes in most of the states. The emergency vehicle lights, led warning light bar,  and police lights signal other motorists that they need to follow the move over laws.

How the move over laws work

The move over laws vary from state to state, but all of them require other motorists to slow down or change lanes when they see an emergency or police vehicle that has its emergency vehicle lights turned on. If people see an emergency vehicle with its lights flashing approaching, they are supposed to slow down and pull over to the right as far as they can so that the emergency vehicles can get by. Some states specify that motorists should slow down to 20 mph below the posted speed limits while others leave how much to slow down to the drivers' discretion. The key to getting people to follow the move over laws is the use of the police lights on the vehicles. These lights signal drivers to move over and slow down or come to a stop on the side of the roads.

Purpose of move over laws

Emergency responders and police officers perform vital work to keep the public safe. It is unfortunate that some officers and responders are killed each year while they are performing their duties. Motorists need to familiarize themselves with the move over laws in their states and make certain to always follow them. Emergency responders who are responding to emergencies and officers who are pulling motorists over should make certain to activate their lights. Even if other motorists are unaware that they are supposed to move over and slow or stop, most drivers do understand that they need to do so when they see emergency vehicles that have activated their emergency lights. Here at Extreme Tactical Dynamics we have plenty of police light bars for sale along with other emergency lighting to help keep you safe.

Can Civilians Use Police Flashing Lights?