When it comes to police lights, you want to make sure that you are getting the best police car light bar that money can buy. For this reason, you might want to think about adding a traffic advisor to police vehicles, and this is done by adding a directional light bar to the police vehicle. There are a number of benefits to adding one of these, and you probably have seen them plenty of times and just know them as police lights. In this article, we are going to be looking at some of these benefits of having a traffic advisor in police vehicles. If you want to know more about this topic, then keep reading below to find the information that you require.

You Can Be Seen From Half A Mile Away 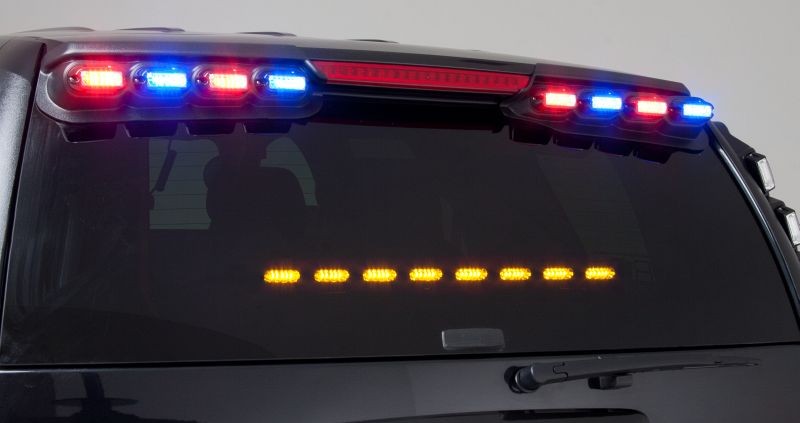 Arguably one of the best benefits of having a traffic advisor in police vehicles is that you can be seen from around half a mile away. The reason this is so beneficial is that it alerts people to the fact that there is an emergency vehicle coming, even if they cannot yet see the vehicle. This gives them time to move out of the way or start maneuvering so that there is room for the vehicle to get through and reach its destination without being interrupted by the traffic. Emergency vehicle lights are important, and an LED directional bar is one of the best things that you can use in a police vehicle to increase visibility. Often equipped as an amber light bar, these directional bars can often be seen over half a mile away.

Visibility is crucial to police cars, because if other vehicles on the road don’t move so that they can pass through without getting obstructed, then they are going to be losing precious time that they could be doing their jobs. By giving warning as far away as possible, it allows other road users, not just vehicles, the time they need to find a safe way to let the police car through.

Another benefit of using an LED directional bar is that it is energy efficient. LED bulbs do not use the same amount of power as a regular bulb, and it also doesn’t waste as much of its energy giving off excess heat. The average halogen bulb will waste up to 80% of its energy creating heat, but this isn’t the case with the LED bulb. Instead, it uses that energy and creates an even brighter light, but using less energy than your conventional bulb. Because it uses less energy, this means that it is going to take less fuel from your car, which means that you aren’t going to have to fill up with gas constantly.

When you use a directional light bar, you are going to be using a product that is extremely durable. This means that it can survive scrapes and scratches, as well as minor water damage that might happen by accident. This is going to be especially good for police vehicles as they can receive a fair bit of damage sometimes, but the directional light bar will remain in tact! As such, you don’t need to worry about replacing it every so often, it is going to stick with you for years.

Choosing to use an LED directional bar means that you are going to be getting a long lasting product. Like we said above, LEDs are more energy-efficient than your standard halogen bulbs, especially when used in a police led light bar and this carries over into this benefit. Because the lights are more energy-efficient, it means that they are going to last longer. Using less energy means that they are not going to have to be changed as often, so you aren’t going to be fiddling about with changing your police advisor every couple of weeks or months. Of course, at some point, you are going to need to change this as bulbs can’t last forever, but they sure can last longer than some of the other options on the market right now are.

We hope that you have found this article helpful, and now know some of the benefits of having a traffic advisor in police vehicles. Police lights are important to alert drivers to their presence on the road, so having the right ones could be crucial. Fortunately we have several police light bars for sale, along with a police siren, ambulance siren, fire truck siren and more.