Recruiting brave men and women to risk their lives while protecting their community might seem like a great job, but when you throw in that it’s a volunteer position, it may be difficult to convince some to join. So, how do you get around this? How do you recruit new people to join a local department without throwing unicorns and rainbows their way? We’ve worked with volunteer departments all over the country and have spoken with literally hundreds of volunteers and chiefs of successful agencies – here are ten tips we’d like to share to help you out.

#1 Be Honest About Volunteering

When you want to get your buddy to join the department – the first thing you need to do is be honest about what you’re asking. Make sure before they sign up that they know what responsibilities are entailed with being a volunteer. Nobody wants to recruit a whacker that only shows up for the “good calls,” but the honest truth in some departments is that somebody is better than nobody.

What we’ve learned is the agencies that talk about the good and the bad when recruiting have the highest retention rates. It lets people know there will be good days and bad days. The sense of serving those in the community is a great feeling, but it’s important to let everyone know that there is more than just hero gigs and gnarly extractions.

I don’t care where you’re located. If you blindly walk into any fire department across the country, you’re liable to find an old timer. With gray hair, raspy voice, and sooty helmet, the old-time firefighters are the ones everyone looks up to. After all, you don’t get to be an old firefighter without doing something right. But, a question you should ask yourself is when is the last time the old-timers and even the veteran volunteer firefighters participated in training. Training should never end for volunteers. Almost every day, there’s new ways to tackle fires and so much more. 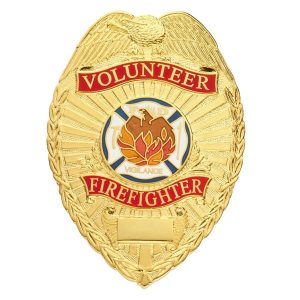 So many departments will tell us that they just can’t get anyone to join. One of the first things to think about of course is what are they doing to recruit. Are they still doing the same things their dad and uncles did 20 years ago, or are they evolving? Do they carry information about becoming a recruit around with them, or does someone have to eagerly beg for information that is finally dragged out of a dusty briefcase? It’s important for volunteers to be the biggest recruiters. It’s 2017, gravy and biscuit dinners aren’t the only time to talk to locals about fundraising. Instead, try:

These are just a few ideas – the important thing to remember is to be creative. Think outside the box and find ways to attract new members; including future members that may not be old enough to officially recruit, yet.

#4 Appeal to the Younger Generation

Millennials…what can we say that hasn’t been said? The youngest generation is a different breed. But they aren’t all like that. So, what’s the difference? Maybe, it’s the people in their lives. The individuals who have reached out and made an effort to connect, or simply introduced them to something they never knew before. Someday the old-timers, vets, and eager volunteers are going to need some back-up, and that’s going to need to come from the younger generation. So, why not start when they are young?

If there isn’t already, start building a community for young people to interact with local fire departments. Not sure where to start? Call around – find a Girl Scouts troop or a Boy Scout den. Find a way to work with local schools, see who your local YMCA can hook you up with. There are lots of ways to spark an interest in children, so recruiting volunteer firefighters should start as young as possible.

Whether you like it or not – fundraising and being a volunteer firefighter go hand and hand. Without funds, departments start to disappear. Home-cooked meals one Friday night a month are great, but how do you supply a department with its needs and wants when you're selling plates for $7 a piece?

I’m not knocking it; I’m just trying to point out that it’s a new day and time for some different fundraising ideas. In fact, a volunteer department should seek to recruit a board of volunteers for them. These board members should be the brains behind every fundraising effort out there. Again, if you’re not sure where to start – find your local mom’s group. PTO moms are some of the biggest hustlers you’ll ever meet and know how to fundraise like a boss. You set a goal, tell them how important it is to you, and a PTO mom can help you meet it.

But, don’t end there. Get active socially. Start a Facebook dedicated to the department’s fundraising efforts. Post reminders about events, pictures, and tell the community what you bought or plan to buy with the donated funds. Not only does this attract new benefactors, but it’ll likely attract new recruits as well.

#6 Be the Kind of Leader People Want to Follow

Be a leader! But don’t just be any leader. Be the type of leader people follow happily. It doesn’t mean be a dictator or act as if you are commander and chief of the fire hall, but it does mean to lead by example. The chief, his right-hand guy or girl, and the senior members of a department always need to be on their best behavior. Don’t give anyone, especially critics, any reason to shed a shadow on the department’s shine. If something less than awesome does happen in the agency or someone’s personal life – be transparent about it. People genuinely know nobody's perfect, but everyone gets suspicious when people attempt to cover-up less than perfect happenings.

Is there a young recruit that blogs or are regularly taking mirror selfies? Even if you don’t get it, ask them if they’d like to handle the department’s social media pages. Facebook, Instagram, and Twitter accounts are like the yellow pages we had growing up. Creating a business page or a group on Facebook gives you an opportunity to let the community know more about you.

To prevent any fear of misuse, it’s probably best to have at least two people handle the social media accounts. Even if one person is just the back-up. Once the accounts are up and running – be consistent. Post often and post about things the department is involved in. The community will fall in love with you, and it’s a good opportunity to recruit without even trying.

We talked about training earlier, but I think one thing departments fail to handle is mandatory training. Volunteers have full-time jobs, lives, kids, and hobbies, so getting everyone together at the same time isn’t always possible. But, what is possible is finding a way to make sure people who want to be involved are.

One of the best ways to do this is to make trainings mandatory. You may have to offer a certain training more than once or ask for at least 2 out of 3, but the truth is, if someone wants it – they’ll make it happen. Those that don’t show up or only show up when there are media or are just “showboaters” shouldn’t be given the same respect as the ones that put in the work. Let volunteers know that from the get-go – and you’ll have better volunteers.

When volunteer firefighters are recruited, they already expect to pay for some of their equipment. Whether they need a dash light for their POV or have to spend some money to get the right boots, they know some costs are coming out of pocket. What chiefs, treasurers, and those in leadership roles need to do is be able to show how wisely fundraising money is spent. It will make people more appreciative and will let people trust you more.

Lastly, don’t let the lack of volunteers or fundraising support get you down. No one wants to hang out with a “Negative Nancy,” so there are some things you should just keep to yourself. For instance, if you feel like you are failing in recruiting new volunteer firefighters, try a different strategy – ask for help, but don’t badmouth people because then you’ll end up with no one in your corner. Instead, do your best – keep your chin up, and things will begin to turn around.

Do you want to share a tip that isn’t listed above? Go ahead, the more people helping volunteer firefighters figure out how to recruit better candidates, the safer everyone in the community will be.

Texting and Driving Will be Banned in Texas