Emergency response needs to grow and evolve to keep up with the demands of the modern world. As technology develops, it can be utilized and even developed especially for use in emergency response and management, including disaster response. The technology that is used for emergency response has come a long way, and it is continuing to advance in order to provide a more efficient, rapid response to emergencies, whether they require the police, fire service, medical response, or any other emergency service. Some emergency response tech, such as strobe lights and sirens, is immediately obvious to the public. However, there is a lot more happening behind the scenes that can have an impact too.

Wearable technology has been on the rise over the past few years, partly as personal gadgets but also in the form of tech that can be used in other environments. Businesses and various organizations have applied different forms of wearable technology, from watches to glasses, to make a variety of things possible. For example, smart glasses can be used to provide remote assistance to workers in some settings. Wearable tech could be very useful for emergency response too, helping to collect information or make a response more organized. For example, FEMA began using automated patient tracking in 2014, using tags that can be scanned with a mobile device to accurately identify patients as they move through the emergency response process.

The use of sensors could be another way that wearable technology might help to improve emergency response. Sensors in the right places could help with monitoring of emergency situations and the collection of information. Sensors can be worn to help responders collect data and set priorities. Used for collecting data, sensor networks can offer the opportunity to perform real-time analysis and risk management. More information makes it easier to ask questions about how to predict and manage disasters and emergencies.

The use of drones in emergency response is on the rise. They have been used in a variety of emergency response situations, particularly when it would be difficult or dangerous for a vehicle or people to enter an area without first assessing the situation further. Fire departments have begun using drones to get a bird's eye view of an environment before they enter to determine the situation. Helicopters have fulfilled a similar role before, but the use of helicopters is expensive, and they are usually very limited too. Drones allow for the collection of information quickly and easily, and it's possible to have several more of them available compared to helicopters. Using drones improves safety, saves time and saves money too, as well as making it easier to access tight spaces where other methods would be unable to reach. Drones are developing to become even more useful to emergency response teams, with benefits such as GPS technology and even being fully waterproof. During a major hostage negotiation even, drones are useful in monitoring the situation from a whole new view.

Mobile technology has helped to advance humanity in a huge number of ways. In emergency and disaster response, it's an excellent way to improve communication. Being able to communicate with people is crucial during a disaster, particularly one that could affect a large number of people. It's important to be able to prevent mass panic and to keep everyone up to date with the latest events and advice. Mobile apps are one of the useful tools that help to inform many people of what's happening, how they should respond, and how emergency response teams are helping. FEMA uses a smartphone app, which launched in 2011 and that many people use to stay up to date in an emergency situation. They also use social media to do the same thing.

Use of the Cloud

The use of cloud technology is another huge trend that is still growing. It is used by businesses in all industries, as well as for personal use. Cloud storage and cloud-based applications can offer various benefits to emergency response teams and for emergency management too. Cloud solutions can make it easier to collect and share data, as well as make communication and collaboration easier. Secure cloud solutions can mean that vital systems can continue to run, even when there is damaged or limited infrastructure because tools and data are stored away from the disaster zone. The cloud can help with the dissemination of information and sharing of logistics.

Big data is also providing an increasing understanding of a huge variety of matters in different industries and areas of life. In emergency response and management, the data that is collected during emergencies and disasters can be analyzed and provide research opportunities. By reviewing the data collected, it's possible to learn from past events so that better responses can be provided in the future. What's essential is that any data is reviewed in a useful way. With big data, the mistake can often be that a lot of data is collected but then no one is sure how to make the most of it. Local departments for emergency response won't necessarily collect and analyze their own data, but they can learn from others or contribute their data to a wider effort. 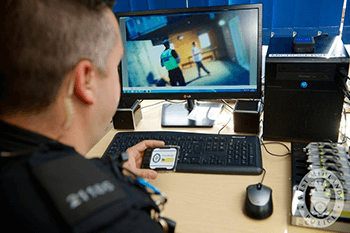 Emergency management is a crucial part of providing a rapid and organized response. Software that has been designed especially for the world of emergency response is particularly helpful in providing for the needs that are unique to the sector. Some of the challenges in EM software now and in the future include being able to coordinate cross-border emergencies, whether between different regions, agencies or even countries. The development of emergency management software is aiming to meet these needs so that more tasks can be carried out automatically and reactions can be instant and accurate in response to emergency reports.

Getting the right location is always an essential part of emergency response. Response teams also need to be able to understand the terrain and infrastructure they're dealing with and assess the environment. The use of various mapping and geographic tech tools can make this achievable. A geographic information system (GIS) is one of the most useful tools an emergency response department can have to manage emergencies. Using maps, mobile apps and data, response teams can manage and prepare for emergencies while taking geography into account. Visualization and information processing are made easier using these tools for better emergency response.

Self-driving vehicles have been causing a buzz in the tech and auto worlds, with plenty of potential applications. While there are still plenty of kinks to be worked out, both on the technology side and in relation to road regulations, autonomous vehicles could soon be making a huge impact on the world, including in the field of emergency response. Autonomous vehicles could help in a range of situations, including in disasters when evacuation is necessary. An autonomous response system of ambulances could provide a faster response to emergencies, which would be of particular use in very time-sensitive situations, such as when someone is suffering a heart attack or stroke. As well as having paramedics and EMTs on board, the vehicles could offer remote access to a physician.

Of course, there are many questions, both practical and ethical, to answer relating to autonomous vehicles. How they should be taught to behave is a huge consideration, especially as even people can't agree on the right way to respond in any situation. Autonomous vehicles might be able to provide a rapid response in an emergency but to do so effectively they need to be safe. In the meantime, self-driving vehicles are being taught to recognize emergency vehicles by more than just a strobe light, such as the markings on police cruisers and ambulances so that they are able to give way to them on the road.

Virtual technologies, as in the example of the ambulance with a virtual physician above, could be extremely helpful in emergency situations too. Virtual reality can offer remote assistance to emergency response teams, as well as use visualization techniques to make instructions clearer. Virtual reality could combine computer systems in emergency response vehicles and wearable technology, so that response teams are able to work closely with each other on the scene and in remote locations too. In addition to virtual reality, it's possible that augmented reality could be used in different ways too. It could help to direct fire fighters, for example, to help them make their responses more targeted.

Emergency lights are a hugely important part of the response from emergency vehicles of all kinds. They let people know that it's an emergency vehicle and that they need to give way as they approach, as well as making it safer when vehicles are traveling at high speeds. One of the most simple but effective ways emergency response units can update their technology is to change their emergency lights to LED strobe lights. LEDs are more energy efficient and sustainable, which means they can save huge amounts of money for emergency departments everywhere. The initial time and money required to make the change are quickly outweighed by the benefits. LED lights are also more durable and don't require much maintenance. The light emitted from an LED strobe is also easier to see at a distance, even during the day, compared to other types of lighting.

Emergency response services have traditionally worked with a range of animals, from dogs to horses. Dogs, in particular, fulfill a variety of roles, including search and rescue. Technology could help to enhance the assistance they provide in the future, through the use of wearable technology for dogs, as well as humans. Smart harnesses or backpacks for working dogs could be equipped with sensors, cameras, microphones and gas monitors which could be used to give commands to dogs remotely. The Smart Emergency Response System (SERS) from MATLAB and Simulink aims to use this technology and connect it with various other systems for managing vehicles and other resources using a sophisticated computer system.

Social media has become a prominent channel for communicating with the public during disasters, but it could also help with emergency management. Tools like Facebook's Safety Check feature have the potential to cause mistakes or even put people in danger, but they could also be used to help make emergency response more organized. There is some worry that Facebook's alerts could cause confusion or lead to incorrect information, but the system has the potential to be useful to emergency responders if used correctly. If Facebook coordinates with local governments and other partners, as it does for Amber alerts, they can help to spread more accurate information and make it easier for first responders to identify the areas where their services are needed most.

Emergency responders often need to wear protective clothing and use various equipment to perform their jobs safely. Technological advances in these areas can help to keep them safer and even allow them to perform tasks they might not have been able to do before. For example, Seattle firefighters tested the RescueSuit exoskeleton, designed to give extra strength to rescue personnel in the field. Other techology might involve the use of new materials to provide more protection from flames, weapons or any other dangers.

Being about to pick up on disasters and emergencies before they happen helps emergency response units to prepare for and perhaps sometimes avoid them. New technology can make natural disasters easier to predict. For example, researchers have spent time developing tech that can predict landslides. Knowing that something will happen before it occurs means that the correct response can be implemented sooner, whether it's evacuation, rescue or another appropriate response. It might not just be natural events that technology could help with. Perhaps with the right data, it could be possible to predict other things too, from crimes to illness.

The Benefits of Strobe Lights on Construction Vehicles

What Is the Difference Between Our Mini Light Bars?