The use of emergency lights on a POV, or personal operating vehicle/privately owned vehicle, is a topic that there is a lot of debate over. Whether or not civilians should be allowed to use emergency lights at all, or whether they should be set aside only for emergency vehicles, is a question that will undoubtedly be argued over time and time again.

There, we have entries for each state looking at laws regarding the use of emergency equipment on civilian POVs for each state. It’s important to remember that this isn’t legal advice, however, so you, the vehicle operator or owner, will have the final responsibility for any emergency lights, LED strobe lights, or police sirens that you put on your vehicle.

You can buy it at any time, but you might not be allowed to use it 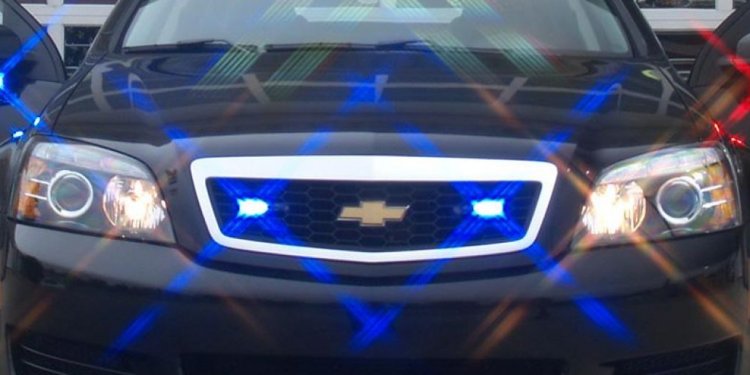 Again, the use of your emergency vehicle lights will depend largely on what state you are in. This includes determining which colors and types of lights you are allowed to use. However, anyone can buy emergency lights. You can buy as many as you like, but that doesn’t mean that you’re permitted to use them. Every single state in the US has policies on who can use them. Some of them might be stricter than others.

You may be allowed to use emergency vehicle lights if you use your vehicle as a volunteer firefighter and need firefighter lights, a physician, volunteer EMS, dive team member, country coroner, or any other position that might see you permitted under your state’s laws. Some emergency vehicle equipment, such as police sirens and strobe LED lights, may not be permitted on POVs at all .Again, it depends on which state you are in, so make sure to check our State Statutes page.

Off-road and private land use

There are some cases in which civilians are allowed to install as many emergency vehicle lights on their vehicle as they want. In particular, if the equipment is going to be used primarily in off-road situations and on private land, there aren’t likely to be any laws prohibiting them from using them.

For instance, if you are a farmer, you might find it beneficial to fit your tractors, ATVs, and other farming equipment with warning lights. Property and venue owners are also allowed to outfit the vehicles that their security teams use with different warning lights. These are often used for patrolling properties such as amusement parks, concert venues, private or company parking lots, and malls.

As always, it’s important to check your state’s statutes on whether or not this applies to you. However, in most cases, laws around using emergency vehicle lights with POVs are specifically about using them on the road. On private property, you do not need to have as much concern about how your lights affect other drivers, so there aren’t many laws preventing drivers from using emergency vehicle lights there.

Getting permission to use emergency vehicle lights on the road

Owners of some POVs, such as volunteer firefighting and other rapid response vehicles can get permission to use emergency vehicle lights. In many cases, these permits are obtained depending on the color that you are allowed to use based on your position.

The application process and what information you have to provide in order to get a permit for the vehicle will depend from state to state. For example, in Georgia, to obtain an emergency light permit, you will have to provide personal details, vehicle information, a statement of use, certification proving that you are a first responder, and a signature from a relevant authority (such as the Fire Chief) in order to obtain a permit, amongst other things.

Besides there being different permits from state to state, there are also permits for different colors of lights used on the vehicle. In some states, you may not be able to use certain combinations of colors at all on a POV, as they may be used by emergency services, such as the police, exclusively.

When should you use emergency lights on a POV with a permit?

Again, state laws and regulations supercede anything that you will read here. However, in most cases, it is only allowed to use your emergency vehicle lights, LED strobe lights, or police sirens that you have a permit for in a legitimate emergency situation.

As such, if the vehicle is being used to transport a first responder, be they EMT, volunteer firefighter, or otherwise, to a work-related emergency situation, then they can use the emergency lights. They can’t be used for any other reason. Depending on the state, if you make use of emergency lights in a POV on the road for a non-emergency reason, you could be subjected to a fine.

How many and which color?

The specifics of how many lights, how they are to be situated, and which colors you can use may each be determined by your state laws. However, in many cases, if you are permitted to use emergency vehicle lights, it is likely that there are no limits on how many you can use. As such, most people to pick as many lights fits their personal preference. Some states may have restrictions on how many lights you can use, but otherwise, it’s considered wise to make sure you have enough lights to be visible when you need to be, but not so much that compromises your ability to be seen.

As for the color of lights, there are often much more stringent laws and regulations dictating which you can use. As mentioned, certain emergency services may be specifically known for using a certain color of lights, so you can’t use them as it may cause other drivers to mistake you for someone you are not.

For instance, in Florida, volunteer firefighters are only able to use red lights on their POV. They aren’t allowed to blue lights, which are only allowed to be used specifically by the police. Indeed, using a combination of blue and red lights with a POV isn’t permitted in most states specifically because it is the color predominantly used on police cars.

Our state statutes can help you see which lights you could be permitted to use with your POV. However, if you want to be doubly sure, it’s important to call your local state’s authority to learn which emergency lights you can use. The regulations can change, and some information you read online might be out of date by the time you read it.

Our State Statutes page can be helpful, but always do your due diligence. At Extreme Tactical Dynamics, we are more than happy to help you find and buy the lights you’re allowed to use, but we can’t offer legal advice to that end.